Written by agencywebdevPosted on September 9th, 2021Leave a comment

‘Everyone is just terrified for their lives,’ said one Canadian whose husband is in Afghanistan

Mastora Mohammad Azim says her husband is afraid to leave his room in Kabul. Instead, she said, he stays inside with a photo of her and prays that things will get better.

Mohammad Azim is a 29-year-old nurse who lives in Scarborough, Ont., and works at the Centre for Addiction and Mental Health in downtown Toronto.

Her 32-year-old husband Omar — she asked that he only be identified by his first name because she fears he could be in danger — lives in the Afghan capital, which fell to the Taliban on Sunday. Mohammad Azim said she worries Omar’s neighbours will report him to the Taliban for being married to a foreigner and for, until recently, working at a girls’ school.

“There’s no life without him for me,” she said through tears in an interview with CBC News. “I just want to be with him and for him to be safe.” 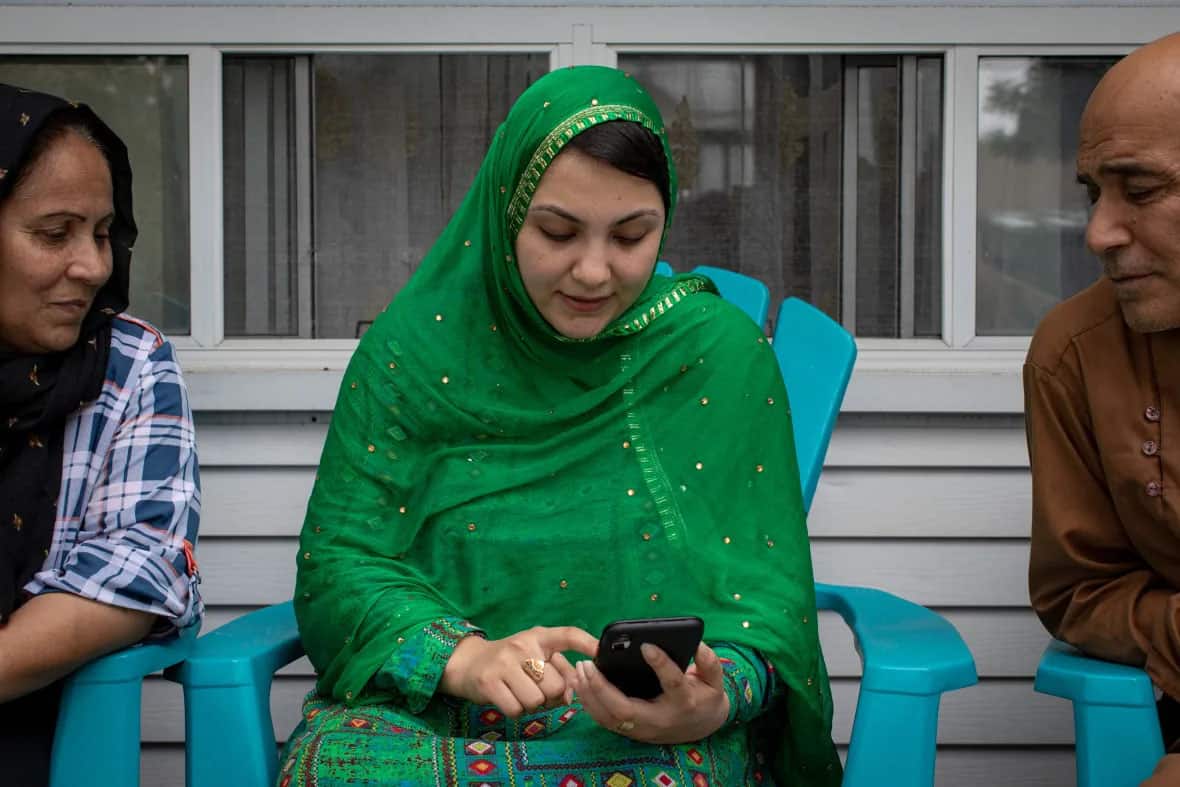 Mohammad Azim is pictured with her parents at their family home in Scarborough on Aug. 18, 2021. She said her husband is in Kabul and has stayed inside since the Taliban took over on Sunday. She stays on a video chat with him almost constantly, she said. (Evan Mitsui/CBC News)

The Taliban seized nearly all of Afghanistan in just over a week, sweeping into Kabul on Sunday after President Ashraf Ghani fled the country. Since then, the Taliban has promised a peaceful transition of power and “amnesty,” across the country, but many people fear a return to the way things were under their previous rule, recalling severe restrictions on women, as well as stonings, amputations and public executions.

Mohammad Azim and other Canadians who are trying to sponsor their Afghan spouses to come to Canada say the process should be expedited now that the Taliban has taken over. But those who spoke to CBC News said they’ve received little to no help after calling and emailing their Members of Parliament (MPs) and the department of Immigration, Refugees and Citizenship Canada (IRCC).

CBC is not identifying the spouses in Afghanistan mentioned in this story because all of their partners believe they could be in danger.

‘Is this somebody who’s listening to me, or no?’

Mohammad Azim said she applied in May to bring Omar to Canada on a spousal sponsorship. The process is taking too long, she said. She wants to know how Canada will complete his background check now that the Afghan government has collapsed.

She said she’s been emailing the IRCC almost every day but only receives automated responses.

“I felt like I was just talking to the wall,” she told CBC.  “I’m like, ‘Is this somebody looking into my emails, or no? Is this somebody who’s listening to me, or no?’ ”

Mohammad Azim also said she’s emailed her MP, Liberal John McKay, as well as Prime Minister Justin Trudeau and six other ministers, MPs and staff members. Her MP’s office replied Monday, asking for her husband’s name and the file number for his visa application, which she said she sent. She hadn’t heard anything further.

A spokesperson for Immigration Minister Marco Mendicino told CBC Canada will prioritize “family reunification applications” for Afghans who are immediate family members of Canadian citizens and permanent residents, but did not offer additional details.

“The crisis in Afghanistan is heartbreaking, and Canada has moved quickly to help,” the spokesperson, Alexander Cohen, said in a statement emailed to CBC Wednesday. “In the first phase of our response, we’ve so far evacuated some 800 Afghans under our Special Immigration Measures, more than 500 of whom are already starting new lives in Canada.”

Omar is looking for a way out of Afghanistan, Mohammad Azim said. He even wanted to go to the Kabul airport on Monday — where at least seven people died in a chaotic scene as crowds packed the runway — because he heard there could be a way to get onto a flight to Canada or the United States.

She said she stopped him from going after she saw photos on Facebook of the dead bodies at the airport.

Shuhra Abdul Baqi is a 24-year-old in Bradford, Ont., who said she fears that her husband, a defence lawyer living in Kabul, could be singled out by the Taliban.

“If they find out that he’s a lawyer, they might kill him,” she said in an interview with CBC.

“I’m not only worrying about my husband. There is thousands, millions of innocent people — like the kids especially. I’m worrying about all of them.”

She said she applied for a visa for her husband two months ago. She emailed her MP, Conservative Scot Davidson, looking for help to expedite the application, but said that the staff member she spoke to didn’t help.

“What should I do?” asked Abdul Baqi during the interview. “When I call immigration, nobody’s picking up the phone.”

In response to questions from CBC, Davidson said in a statement that his office is “diligently handling numerous requests from constituents regarding the concerning situation in Afghanistan, and a number have been successfully resolved already.”

He added: “I wish we could do more to assist those who are desperately in need of our help. There needs to be an expedited process to help those who need it most, and that’s what Conservatives will continue to advocate for.”

‘Everyone is just terrified’

Nilab Dostdar is a Calgarian whose husband also lives in Kabul. She said her mother tells her stories about the last time the Taliban was in power, 20 years ago, when girls would sometimes have acid thrown in their faces if they tried to attend school.

“I would say probably the same thing as every other Afghan that’s facing these problems,” she said in an interview with CBC. “Like they’re just scared for their lives — [of] the Taliban attacking them for a simple mistake.

“Everyone is just terrified for their lives, basically.”

This week, the Taliban said women and girls will be allowed to access education, work and even partake in government in Afghanistan, but critics are skeptical. 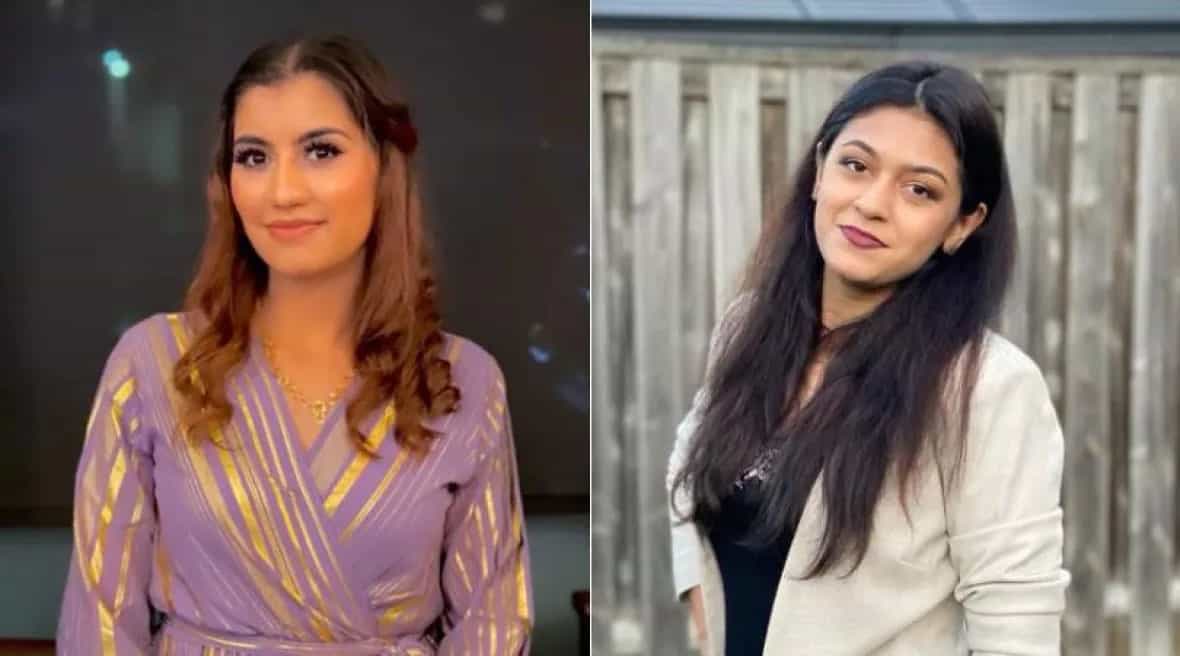 Dostdar said her husband could be in danger because he works for an insurance company owned by an American. She worries that working in insurance could be considered illegal under the Taliban.

“We just want to have a secure and safe life,” she said.

Dostdar submitted her application to bring her husband to Canada in November 2020. She said she wants to see the process expedited, and for Canada to keep its promise to resettle 20,000 vulnerable Afghans.

She said she sent emails to multiple government email addresses, as well as her MP, Conservative Pat Kelly. Dostdar said Kelly’s office got back to her and assigned a case worker, but she felt she received “no significant help.”

CBC sent questions to Kelly’s office by email Wednesday and received an automated message saying that due to the election, the MP “has limited parliamentary resources … and will not be able to review or respond to this email.”

Qatra Abdulqadir, of Etobicoke, Ont., is Mohammad Azim’s cousin. She applied to sponsor her husband to come to Canada six months ago. She is worried about his safety because his uncle worked for the former Afghan government.

The city where she says he is, Mazar-i-Sharif, fell to the Taliban on Saturday. A Taliban spokesperson has said the group will offer “amnesty” to people who worked with the Western-backed government, but Abdulqadir said her husband and his relatives are hearing very different rumours.

“It was all over social media that they’re looking for people who used to work in government and they’re going to torture them or kill them,” she said in an interview with CBC.

“We are scared that they might track his uncle and their whole family,” she said in a follow-up text message.

Abdulqadir said that her husband’s income supported multiple other family members in Afghanistan. Now it could fall to her, a 26-year-old dental technician, to support him and his family.

“It has been a really bad, bad time for us,” she said.

“Even for me if I’m living here with peace and freedom … I’m still scared.”

Abdulqadir said she’s emailed the IRCC and her MP, Liberal Kirsty Duncan, but hasn’t heard back.

Duncan’s office did not respond to CBC’s questions sent by email Wednesday.